He was born on May 20, 1922 to the late Mark and Alice Canty in Sumter, S.C. He was one of six children. Canty graduated from high school in Sumter, S.C.

He met his wife, Dorothy W. Brown Canty when she was a student at Morris College in Sumter. They married and eventually moved to Philadelphia.

Canty continued his education at Drexel University, where he earned both a bachelor’s degree and a master’s degree in engineering.
After Canty retired from the Frankford Arsenal, he became a consultant for the U.S. government and provided services which utilized his education and training as an engineer.

Canty was involved in numerous building projects and was proud of his contributions, as a part of the architectural team for major building and renovation projects of his home church, The Salem Baptist Church of Jenkintown. He was a member of Salem for more than 50 years and served as a trustee emeritus.

Canty played an integral part in the building and renovations of the national headquarters building of his fraternity, Kappa Alpha Psi, Inc. in Philadelphia.
He was initiated into the Delta Eta Chapter of Kappa Alpha Psi Fraternity on April 21, 1952.

Canty was a charter member and president of the Delta Eta Alumni Association.
He was the recipient of the prestigious Elder Watson Diggs award of Kappa Alpha Psi Fraternity, the second highest award bestowed by the organization.

Canty was proud of utilizing his architectural training and skills in the building of a home for his family in the Elkins Park section of Abington Township. He purchased the land, developed the plans, created the specifications, oversaw its design, obtained all of the required permits, and purchased all materials and supplies. According to his wife, he annoyed the builders as he supervised the construction.

“I will miss him, but God was good to us as we were blessed with many, many happy years together,” his wife said.

Canty did not have a favorite television show but he loved to watch television.

Canty was a member of the Social Society of Engineers and served on the board of Abington Hospital and the Salvation Army. He also served on several committees in Abington Township.

In addition to his wife of 71 years, he is survived by: his brother, Samuel Canty; daughter, Sheila Canty of Orlando, Fla.; three grandchildren; and, six great-grandchildren.
Services will be held on March 16 at The Salem Baptist Church of Jenkintown, 610 Summit Ave., Jenkintown. Viewing will be held at 9 a.m. The Kappa Alpha Psi service will be at held at 10:15 a.m. Services will follow at 11 a.m. 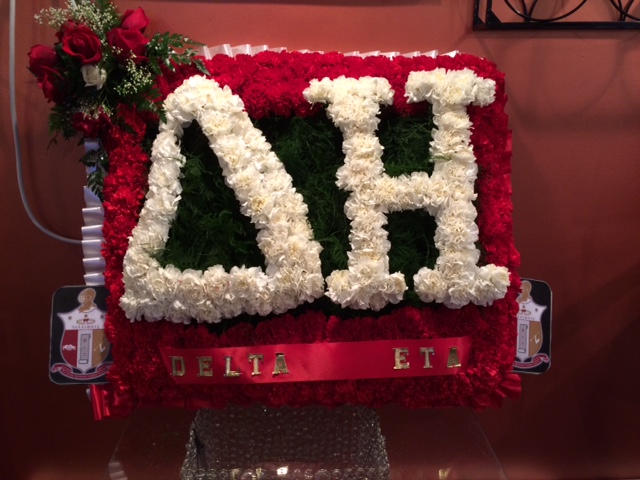 Delta Eta, None Greater! Demons of the East, To Say the Least!